The Full Moon Rising Over Garden of Eden 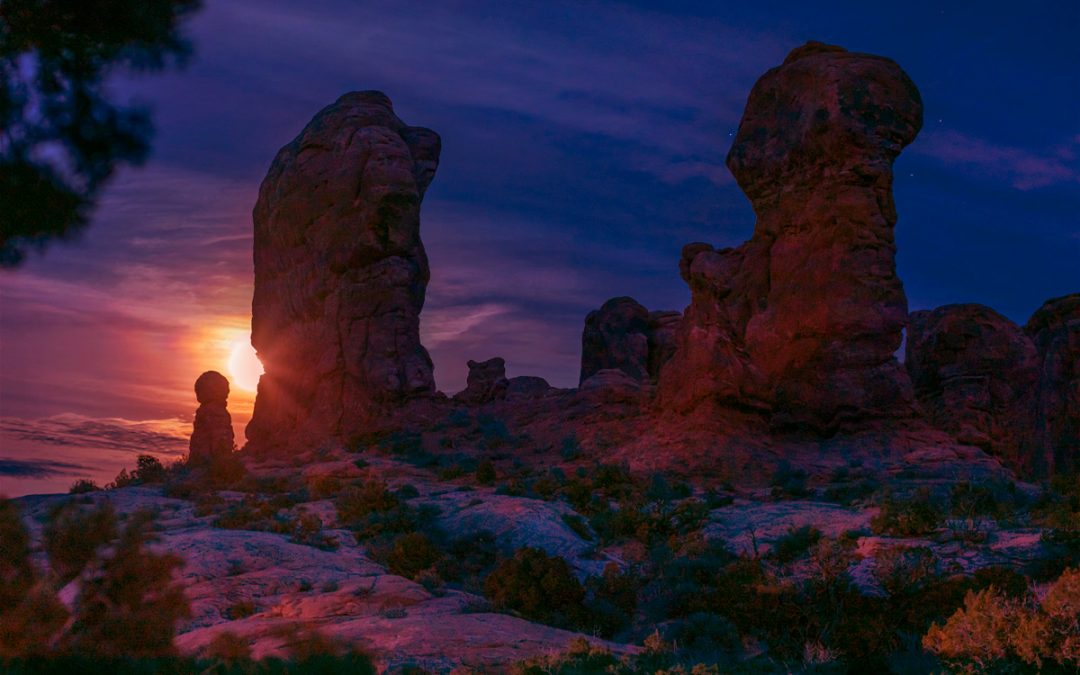 The Full Moon Rises Over the Garden of Eden

It wasn’t all that late, just before 7PM, but inside the expansive National Park the only un-natural light source in sight was an occasional passing headlight.

My eyes strained trying to attach my camera to the new tri-pod, “if I could only find the slot,” I thought to myself as I watched the moon climb higher in the sky every second I delayed.

Even with nearly a full half-second shutter speed, an ISO of 640 and the aperture opened to f / 3.5 the shot was nearly black; but a glance at the histogram told me there was enough detail to pull out of the RAW image.  I could have shot with a higher ISO but then the sky would be blown out by the Full Moon.

So I took this shot with me and headed to the next Arch where I hoped to catch the same full moon before it rose too high in the sky. 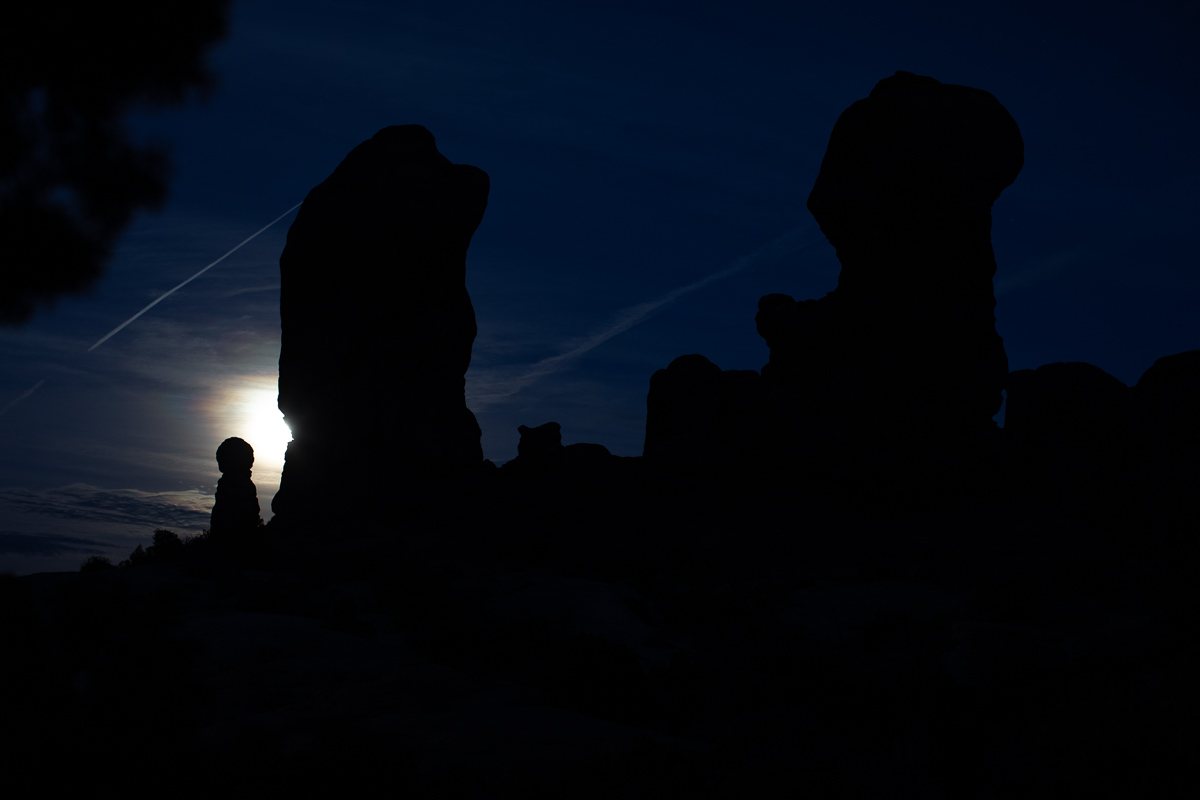 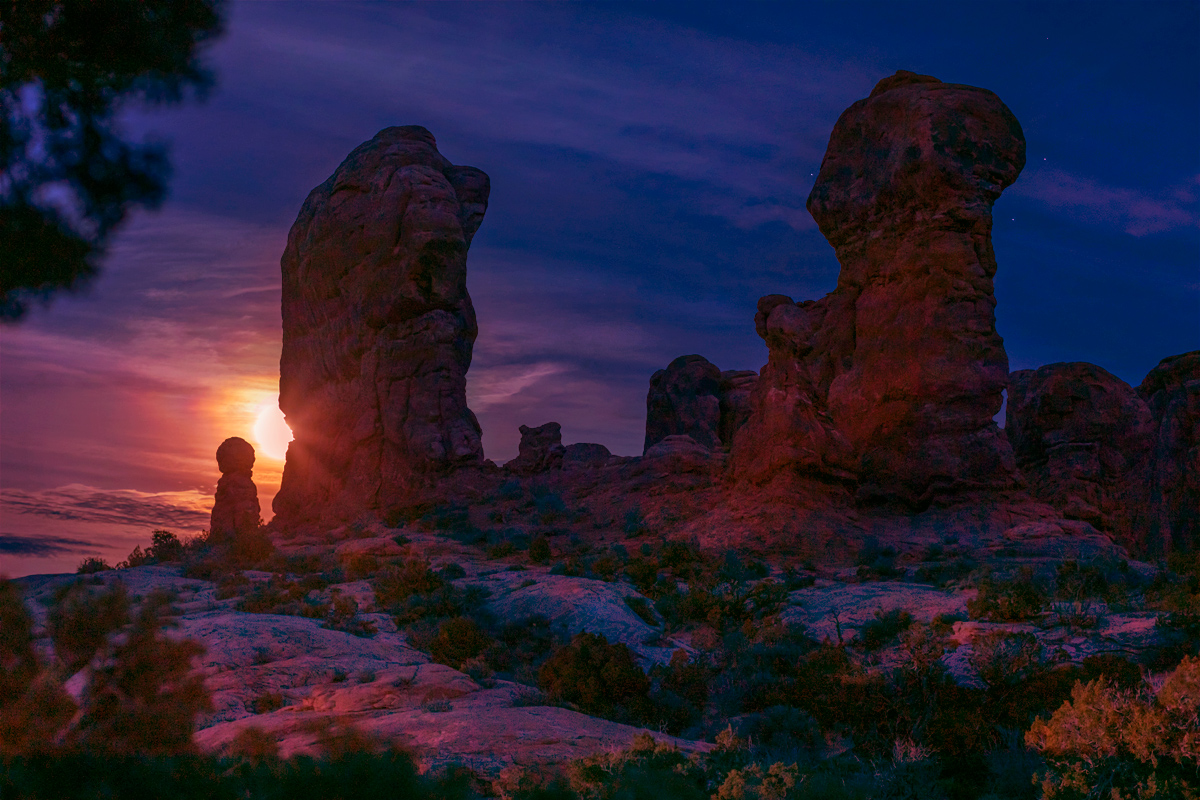 Using a RAW image editor like Adobe Creative Cloud allowed me to pull the un-visible details out.